Why Did a Man Born in the 1980s Use Only the Yong Meng Corn Harvester for 10 years?

How to introduce smallholder production into the development track of modern agriculture? As a pilot county of national agricultural socialization service innovation, Lanxi County, Suihua City, Heilongjiang Province, has continuously enriched the content of agricultural socialization service, forming a service system covering all links before, during and after production. In 2022, the trusteeship area of Lanxi County will reach 1.2 million mu, including 800,000 mu of whole trusteeship service area, serving 14,000 small farmers.

At present, the main food crops of Lanxi County corn has entered the harvest peak, in a piece of golden corn field, a very conspicuous Corn harvesterred constantly gallops among them, the golden corn harvest warehouse. These bright red corn harvesters are the ones that dominate the Northeast. 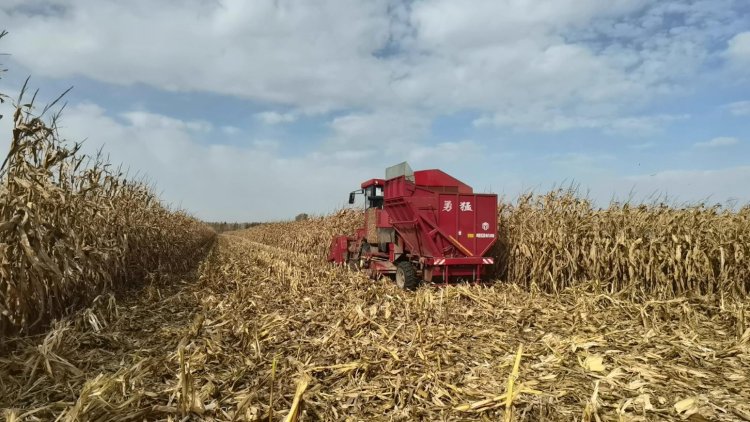 Although Lv Changbao is only 36 years old this year, he can be said to be a veteran player of the fierce corn harvester. "I started to raise the Brave corn machine in 2013. Until now, I have replaced four of them, all of which are brave. At first, we considered other brands of corn machine, but after further investigation, we found that the brave corn machine is the most reliable." 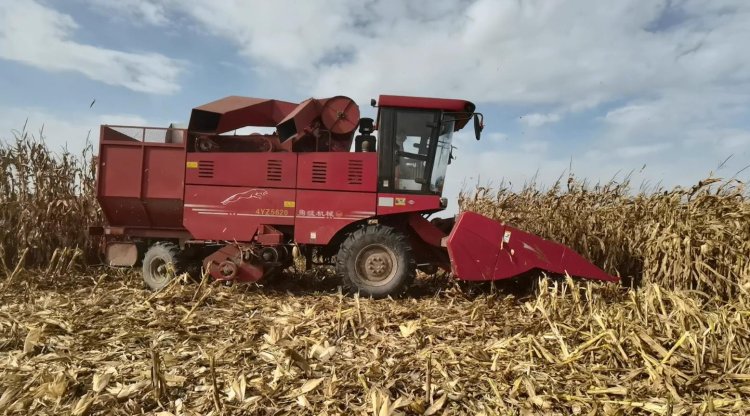 In addition to reliable quality, the Yongmeng Corn harvester has made a lot of applicability improvements in the past two years according to the operation needs of users, which is also the reason why Lu Changbao chose to keep replacing the Yongmeng Corn harvester. "The Brave Corn Machine will be updated every year according to the user's situation, it is very practical. For example, the hydrostatic drive introduced in the last two years can not only adapt to more terrain, but also greatly improve the comfort of driving and handling. For example, in the past two years, due to the rainy season in Northeast China and early frost, the Brave corn machine has also strengthened the harvesting ability of corn with high water content, which is very practical."

"In addition to the 150 mu of land contracted by my family, I can also harvest about 3,000 mu of corn for the farmers around me every year, all of which are harvested by the Brave Corn machine. The farmers are also used to the Brave harvester, which they say produces cleaner corn with a lower loss rate. Some other brands of corn machines to operate, even if the operation price is lower, they don't use." Obviously, not only Lyu Changbao, but also farmers are very cognizant of the Brave corn machine. 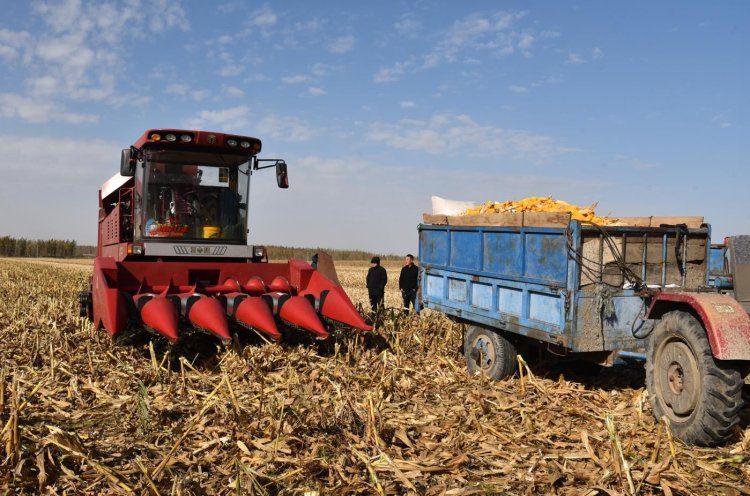 For the future development, Lu Changbao has his own thoughtful. "Now the country is vigorously supporting agriculture, agricultural machinery service industry will definitely get better development. So I will continue to expand my farm machinery business, and this year I plan to buy another brave corn machine to expand my harvesting team."