At present, plant protection unmanned aircraft have passed the concept hype of the wind mouth period and entered the golden period of capital harvesting.

In recent years, well-known domestic and foreign investment institutions and funds have been entering China's plant protection drone industry, and well-known institutions such as Temasek and CITIC Capital have also made several rounds of additional investment, indicating that capital is very optimistic about this industry.

Compared with the first and second rounds of investment peak, this round of investors are stronger, and there are state-owned capital and local governments involved.

With the support of capital, the domestic plant protection drone industry has experienced nearly 10 years of arms race, and after the first race of the unbridled run, the halftime break has arrived, and the main players represented by DJI seem to call a pause, and the drone industry will enter a new buildup period, but the halftime break is not lazy but to adjust to a better state of play, and here let us look forward to a new round of domestic plant protection drone aircraft outbreak.

A. 2023 new product launch wave is not surprising

After the launch the old flyers sighed and breathed a sigh of relief. The reason for the sigh is that there is not much new in this year's new aircraft, which makes some tech enthusiasts a little lost, and the reason for the sigh of relief is that the stability of the new aircraft should be assured, the frequent launch of brand new products is the root cause of frequent problems with plant protection unmanned aircraft.

Although there are no major innovations, the P100 Pro 2023 version does have some practical improvements, such as finally having a manual remote control, foldable paddle arms, split design, netless work mode (temporary regional net), doubling the flow of water pumps, which can be seen in the future of the extreme flying unmanned aircraft more convenient transportation to more remote and occluded areas of operation, AB hit points, etc. to further improve operational efficiency and operation of Simplicity.

Following closely behind JiFei, DJI also held its own new product launch in December, as if it had been discussed, both head companies are "old wine in new bottles".

This year, DJI's new aircraft is very "stable", and it is obvious to the discerning eye that the T50 is an upgraded and enhanced version of the T40. I really don't know how Jiebei will face.

Of course, HanHe, QiFei, etc. is also worthy of attention, according to the author and the person in charge of HanHe communication that HanHe did not launch new products this year, the feeling that the old drone company after the Zhuhai feathered people really the end of the day.

Heilongjiang Huida Technology 2022, a newcomer to the drone industry, launched the HD540, and recently the HD540 Pro was launched, indicating that it is also "stable".

To sum up the following mainstream agricultural drone company 2023 new products, the commonality is.

First, "new wine in an old bottle", mainly old product upgrades and iterations. This feature is worthy of attention, because since DJI entered the plant protection drone industry in 2016, the domestic plant protection drone began a marathon arms race, with the head companies represented by DJI and JiFei launching a new product a year, and many small brands without technical research and development strength were dragged down and killed.

Second, the product features, advantages convergence, are inclined to centrifugal nozzle, visual recognition and radar obstacle avoidance in one, functional convergence is bound to be the inner volume. Of particular concern is DJI unmanned aircraft, DJI was originally the industry's imitation and learn from the object, but in recent years DJI also learn from the extreme fly, extreme eye, top attack and other follow the little brother, the little brother what new set and innovation, in DJI's aircraft and marketing policy is also increasingly reflected. 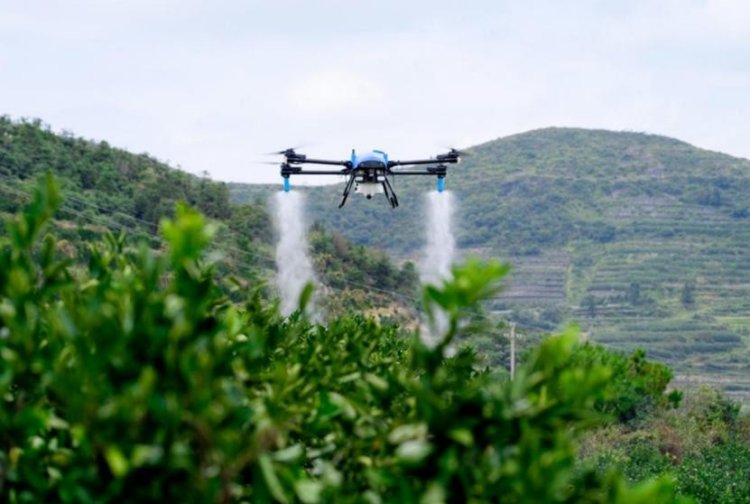 Fourth, the competition is shifting from technology and function to marketing method competition. For example, Polar Micro took the lead in launching a trade-in program, which can top 6,000 yuan no matter what brand of aircraft. This policy can really smell good, and I believe it will have an immediate effect on the sales of Polar Micro, but several other brands are caught blind, including DJI.